Home » The Discus.com Learning Center » How to Buy » How Many Discus Should I Buy at Once? 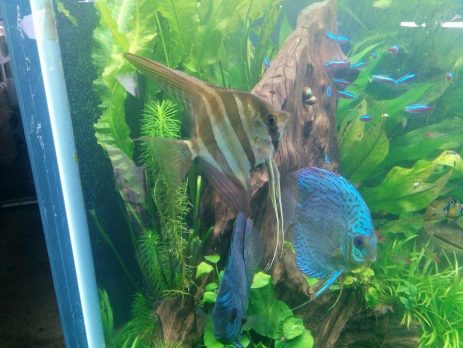 We’ll explain your options and what you can expect when buying different quantities of discus.

YOU CAN BUY ONE DISCUS

Some people buy just one discus and then put it in a tank with other fish, such as tetras and corys.

The key to success with keeping only one discusis providing plenty of hiding places. For instance, some owners will have a tank filled with heavily planted Amazon Sword plants. During feeding times or throughout the day, your discus may feel comfortable swimming up front without hiding. At night or at other times the discus may want to hide, it will have several densely planted places to easily do so.

Plants are much better than ornaments or decoration for hiding primarily because they are soft. If your discus is skittish, it will not get wounded by bumping into a plant. A giant castle or huge rock, on the other hand, could hurt your discus if your discus bumped into it.

DO NOT BUY ONLY TWO OR THREE

Discus rarely do well in two’s or three’s. Natural instinct takes over, and a pecking order must and always will happen.

When you have only two discus, the stronger of the two will dominate the other. At feeding time, one discus will be in the corner, and the other will enjoy a fantastic meal. If the hiding discus should have a tiny morsel of food fall within reach and try to eat it, the stronger discus will swim across the tank to attack and peck the weaker one. It’s a sad situation, and eventually the weaker discus dies of hunger or injury.

The three discus scenario is similar to the two discus scenario. An alpha emerges from the group and will peck the other two into submission. Then between the two that are submissive, one will dominate and peck the other. So you end up with an alpha, a second tier alpha and the lowest on the totem pole. Similar to the scenario above, the one most picked on dies first of starvation or injury. Once that discus is gone, the scenario above occurs.

THE EXCEPTION: WHEN YOU CAN BUY TWO

If you have a mating pair, you can buy two discus. Keeping two in their own tank is a good choice when they have decided they want to become parents and raise some fry for you. But even when this happens, occasionally one parent will reject the other once the fry hatch or go free swimming. The cure for this situation is to remove one parent until the fry are sufficiently old enough to fend for themselves. The parents at this point, having no fry, will usually spawn again and be happy together until the new batch of eggs hatch and the cycle begins again.

YOU CAN BUY SIX OR MORE

Buying a school of discus is the best option for your fish. You may even get a great deal in the process since retailers often give incentives for people to buy a school of fish. By purchasing a school of discus, you will in most cases be purchasing young or juvenile Discus that are still used to having tank mates. Since discus are naturally competitive for food, a pecking order will exist, but because of the large number of fish, the pecking order will not be as amplified.

Some will get picked on more than other,s and there will always be the runt. That is called natural selection, and it will occur in most if not all cases. But what is accomplished in keeping a school of discus is no one fish gets hammered daily because there are simply to many. Once they grow into adults you will need to make sure you tank can accommodate several large adults, or you can pair them off into 29 gallon tanks for breeding. 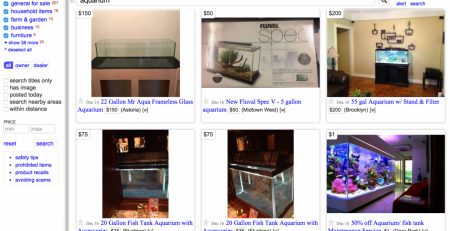 Leveraging Craigslist to Get a Discus Operation Up and Running Cheaply

Probably anyone that has ever seen a magnificent display of discus either in a public aquarium or private collection... read more 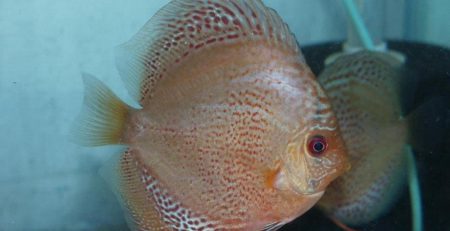 Preparing for a Discus Competition

The discus is sometimes referred to as the Pompadour Fish, and for good reason! This little fish is eye... read more 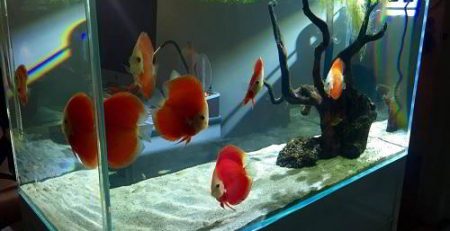 Receiving your first shipment of fish is very exciting but also a bit worrisome. I felt like a new... read more 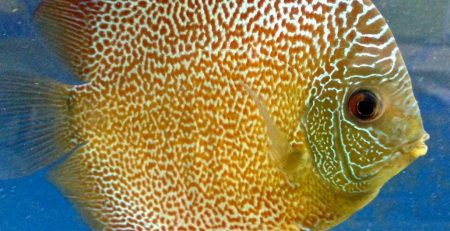 In this article, we'll first show you what to look and what to avoid when choosing discus. Subsequently, we'll... read more 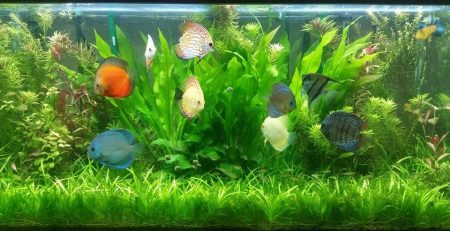 What is it like to buy fish through internet sources? In this article we'll provide what you need to... read more 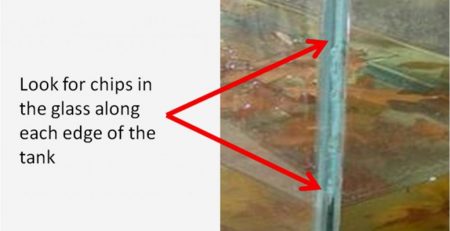 Receiving a Great Deal on a Discus Aquarium

I receive a lot of emails from customers stating that their discus are getting big and they need to... read more 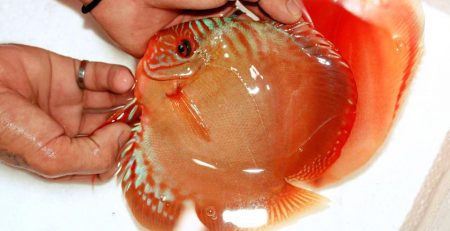 Advantages of a Discus vs Marine Aquarium

The discus is a unique fish in the aquarium industry because it presents the aquarist with options no other... read more 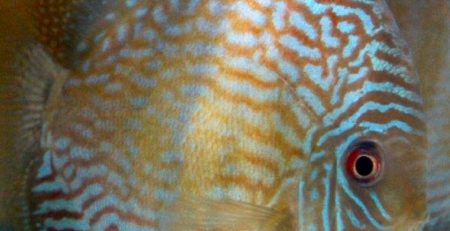 Choose Your Preferred Size of Fish

Discus Sizes The size of Discus fish can range, but are classified as a medium fish and are expected to... read more 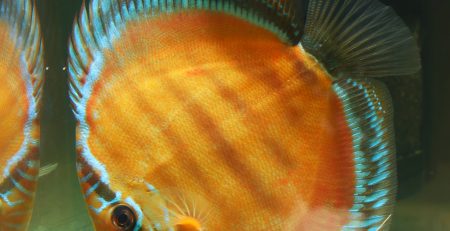 Why Discus Fish are Expensive

Introduction   Discus fish are very interesting fish to keep for aquarium keepers and they have gained popularity over time because... read more 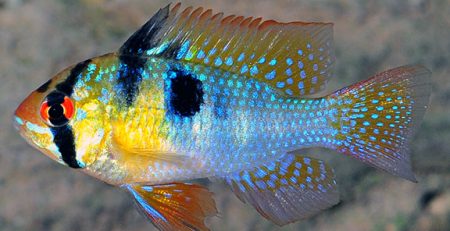 Tankmates for Breeding Pairs and Other Tips

What other types of tropical fish can be successfully kept with discus? Cardinal tetras are probably the best companion... read more