Home » The Discus.com Learning Center » For Beginners » Tips for Reducing Aggression in a Discus Tank

Tips for Reducing Aggression in a Discus Tank 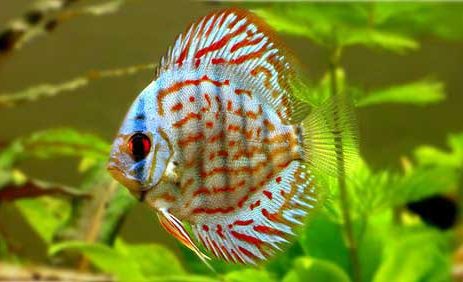 Tips for Reducing Aggression in a Discus Tank

Discus fish have a reputation of possessing a peaceful and docile temperament. However, hobbyist should be aware that there is a certain level of aggression that can exist among these typically passive fish. Rather than relying simply on the expected demeanor of the Discus, keepers should be educated on what causes aggression and steps that can be taken to reduce or completely eliminate the chaotic environment that aggression can create in a tank.

It is true, Discus Fish are noted as some of the most tranquil tropical fish in the market.  However, because Discus are also classified as cichlids, they are susceptible to displaying moderate aggression. Generally, they enjoy the company of compatible tank mates and thrive within a group of other Discus. Although it may not be apparent, a hierarchy is created among each member of the school and usually reaches an established pecking order at maturity. This process is necessary as it creates the peaceful environment that is required for each fish to flourish within the group. Without it, fish are likely to engage in aggressive behavior that could lead to injuries or even death.

The easiest way to avoid aggression is to acclimate all of the fish at one time that you plan to have in a single tank. A general rule is that it is easier to manage aggression tendencies the fewer fish that you have. Hobbyists claim that six fish is a good number to house in a single tank, especially if you are concerned about the potential level of hostile behavior. Of course, fish that are similar in age and size will adapt easier and establish a pecking order as they reach maturity.

Sometimes, hobbyists choose to acclimate new fish with established fish. While this can be accomplished, a certain level of care must be given. Consider the fact that the senior fish have already established a hierarchy and the brand new fish have yet to gain their position. It is normal to see the fish express mild aggression such as chasing or tail nipping, as this is necessary for the new fish to determine their order in the group. This disruption in the tank can even lead to acquainted fish being aggressive toward each other. The hierarchy has been compromised and must be tabulated between new and old fish.

As mentioned, some hostile behavior can be categorized as normal and even necessary for the tranquility of the tank.  However, if aggressive behavior causes a high level of stress, injury, or sickness then it is the responsibility of the keeper to solve the problem. Potential remedies for an aggressive tank may include:

·       If you are housing new fish with established fish consider placing a divider in the tank. This will keep the two groups separated, yet in close proximity, to each other. This can sometimes allow the fish to familiarize themselves with each other at a safe distance. However, sometimes dividing the tank and having the acquainted fish in close quarters can create even more aggression between them as opposed to the new fish.

·       In some cases, a seemingly new environment can help fish adjust to each other. One option is to remove all of the fish from the tank, rearrange plants or other interior features, and then place the fish back inside. The new setup can confuse the fish and make them believe that they are in a brand new environment, thus creating a neutral territory. This can be especially helpful in cases where high levels of aggression have been reached and a complete reset is needed.

·       Remember to observe. Sometimes, the simple solution is to do nothing. The fish have to create their own chain of command and some aggression is just part of the process. If the fish are eating properly and are not causing harm, then the keeper should simply watch to see if hostility reduces after a few weeks.

Generally, one of the techniques above will usually work to reduce aggression in a tank. However, some hobbyists have chosen to completely separate fish when hostility is severe. While this is not usually a required reaction, it is the responsibility of the keeper to do whatever is necessary to keep the Discus healthy and safe. 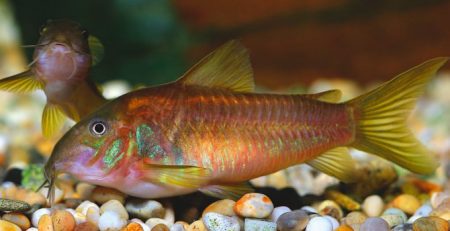 Other Fish for Your Discus Aquarium Part 1

WHY SHOULD I ADD OTHER FISH TO MY DISCUS AQUARIUM? Not only will adding other fishes to your discus aquarium... read more 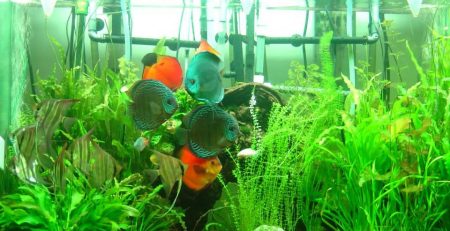 Acclimating Discus to a New Aquarium

Welcome your new discus home! You'll want to carefully acclimate them to their new aquarium. Snowflake Discus with Other Discus... read more 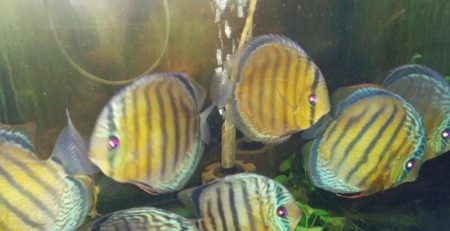 The discus are some of the most beautiful and reactive tropical fishes you will find. They are often referred to... read more 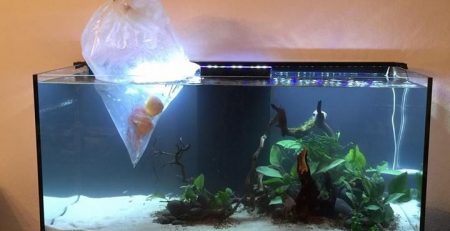 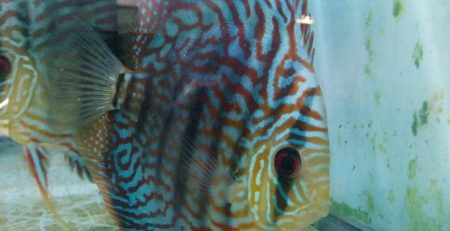 Discus are well-known fish, and just like with any popular person or species, many myths exist about them. In... read more 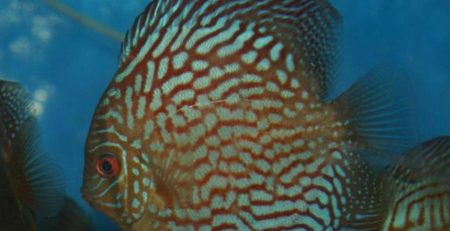 An Introduction to Discus

Discus are some of the most beautiful and reactive tropical fishes you can find. They are often referred to... read more 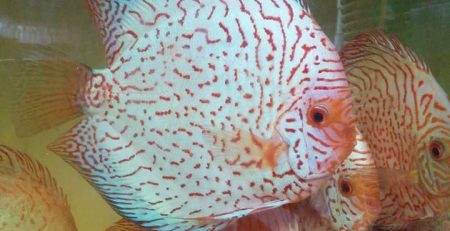 How To Correctly Quarantine Discus

WHY SHOULD I QUARANTINE MY NEW DISCUS? When you buy a new fish, it sometimes might have parasites or diseases... read more 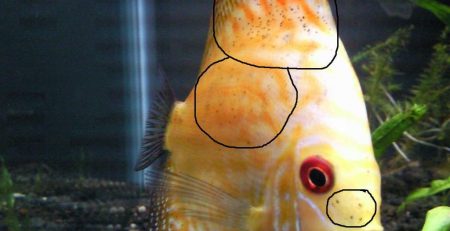 A common question we receive from customers is “What causes the black peppering on Discus fish? Is it something... read more 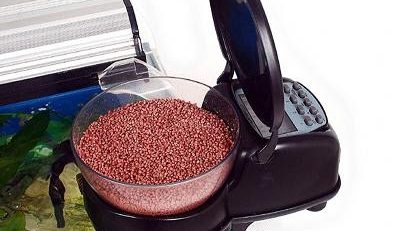 Caring for Discus Fish While on Vacation

This article is all about caring for discus fish while on vacation.   Many customers ask me what they should do... read more 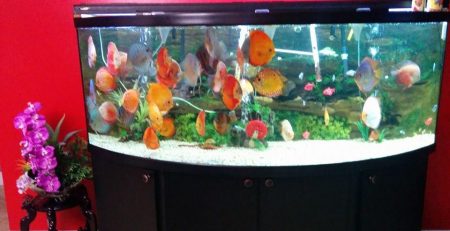 When choosing a tank stand, you have a few options. You can use one designed specifically for your tank,... read more