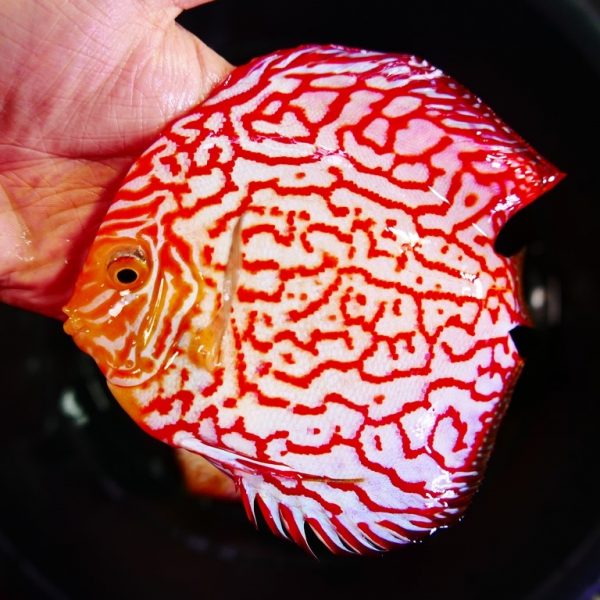 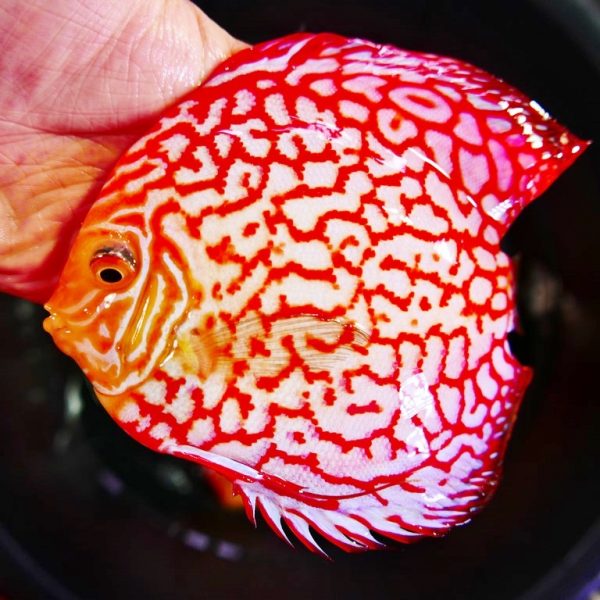 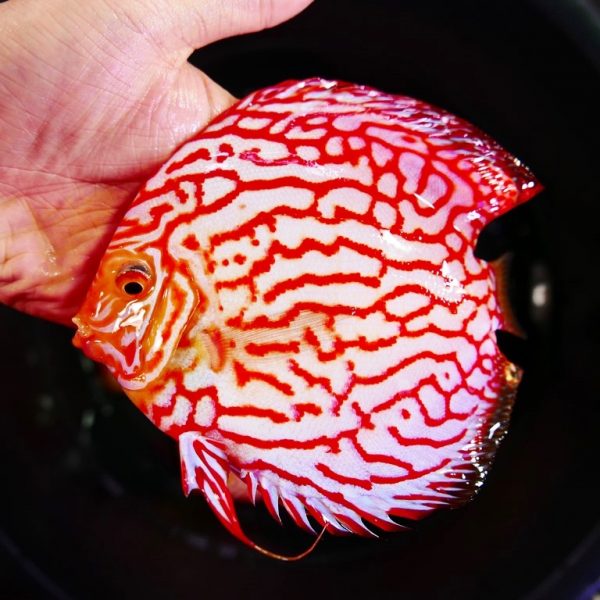 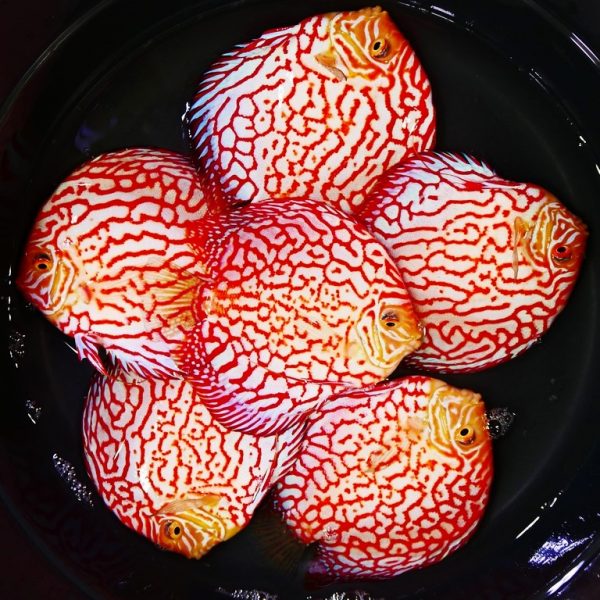 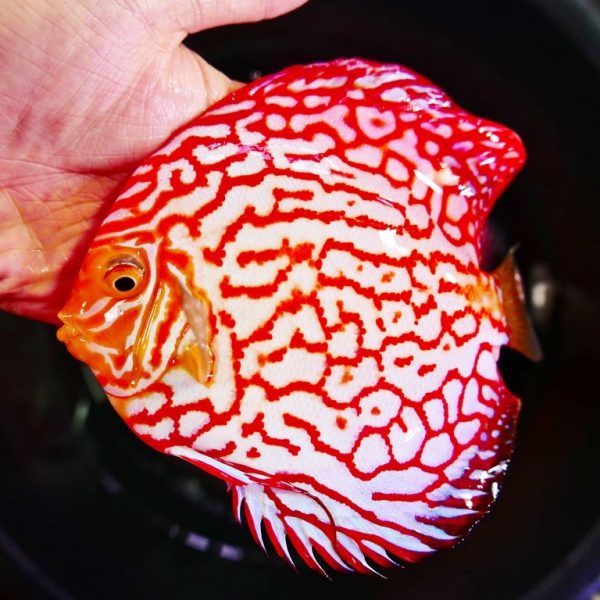 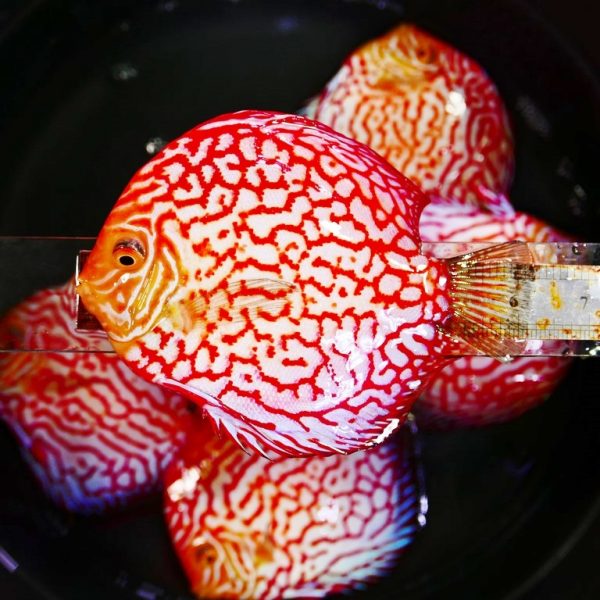 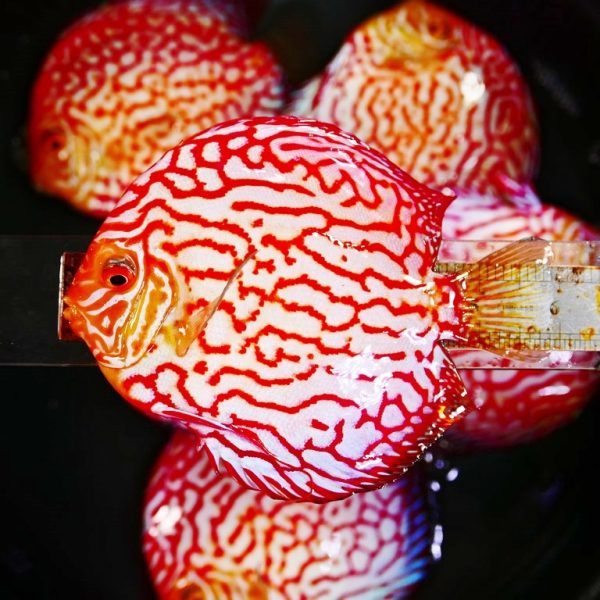 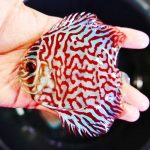 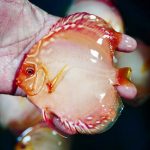 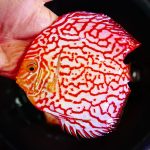 When the ancient Egyptians first invented checkers, it didn’t take long for them to become obsessed with this simple, but endlessly varied game. All you needed was a set of pieces and a board; no fancy equipment, no cost of entry. Kings and queens would play, but so would common folk. Soon, it became so popular that it wasn’t uncommon for people to be buried with their checker sets. According to legend, this allowed their spirit selves to play the game instead of being bored while waiting to transition into the afterlife.

Whether or not you choose to be buried with your Checkerboard Discus fish is up to you, but we can’t promise it’ll sit still for a whole game of checkers. Still, the Super Carnation Checkerboard Pigeon Discus (say that ten times fast) is a colorful, funky specimen with a striking pattern of striation not that different from the boards where the Egyptians played all those years ago. While red and white are the primary colors for this fish, a splash of yellow near the front of the fish makes its eyes really pop, with some ombre coloring going all the way back to the tail. And, in more modern times, its spiked little dorsal fins give it the appearance of a teen that got a red mohawk to upset mom and dad.

Kelly A., Rapid City, SD (Verified Customer) 01/10/2018
Rated 5 out of 5
I have really enjoyed working with you, when I first purchased these fish I was just thinking fish were going to come in the mail and that was it! I w...More

I have really enjoyed working with you, when I first purchased these fish I was just thinking fish were going to come in the mail and that was it! I was very surprised and happy with the service I got! Like I said before I don’t think I could’ve gone through a better company! Thank you so much!!