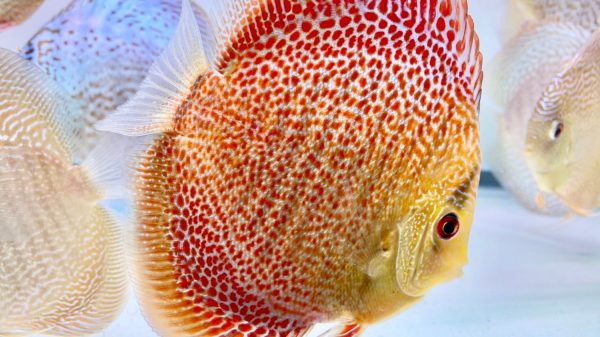 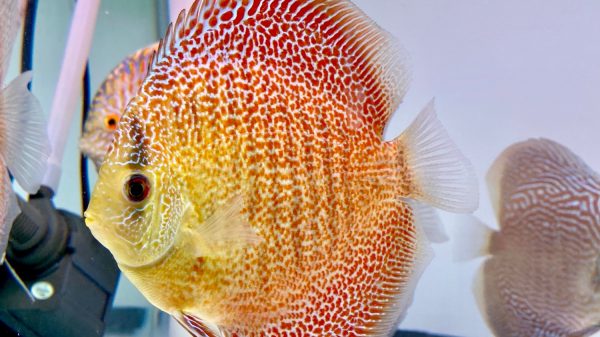 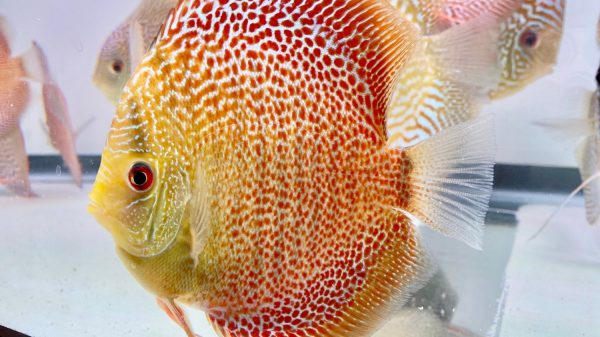 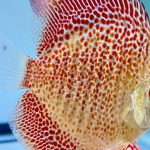 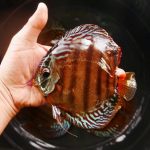 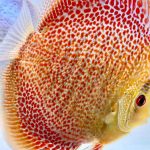 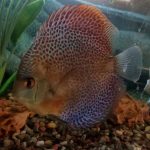 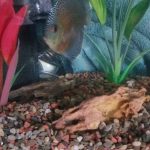 A few years back, I ‘won’ a 6″ Alenquer discus. It was then sent via USPS from the East Coast (NOT discus.com) to my home in AZ. Upon receipt, I hurriedly rushed inside to open the box to see my new discus. As I was preparing to open the box, I noted the stink of dead fish. I looked closer at the entire box, and one corner was soaked. Knowing this can’t be good, I opened the box and there inside the plastic bag was my dead ‘prize’. All the water leaked out of the bag. I was mortified and heart broken. I contacted the breeder and sent pics. He advised he would send me a new one, he was shocked this happened, blah blah blah. This time, I had the fish sent via UPS to the UPS store 1 block from my house. When I received notice it had been delivered, I immediately went to go get him. They handed me the box…oh no, I smelled fish again. And this box was even more wet. I asked the UPS worker if he could open the box for me. He did, and there was a 5″ Alenquer discus in the bag, on its side, in barely a half inch of water. He hadn’t died YET, but was barely alive. I rushed him home and with no time to spare, put him in my hospital tank which was all ready set to go. Well, um, yeah, he passed within 24 hrs. Again, heartbroken.

Over the past couple years, I learned about Michael Li. I followed his website and really wanted to purchase one of his discus, but was extremely fearful of ‘causing the death’ of another discus. I exchanged emails w/Michael a couple times when I needed his expertise w/one of my discus.

It was time. Maybe past time. I decided to purchase a discus from Michael Li. Scared to death I was!

I choose a super red eruption discus, approximately 4 1/2″. The discus arrived a day ahead of schedule…. and he was alive and looked great!! Thankfully, I was off work and had his quarantine tank all set up. I followed Michael’s process on the website for acclimating him, and it went very well. He’s doing great, he is BEYOND gorgeous, and I look forward to introducing him to his disc-mates in a few weeks. He will live his life in comfort, be well fed, spoiled, get hand fed on occasion, and will fit in great in my 92gal Red Sea w/7 other discus that are around the same size. Thank you, Michael!!! Not only did I receive a gorgeous discus, but I learned that I can trust Michael to ship appropriately and safely. Going forward, Michael will be my breeder/dealer for all things discus (and so much more)!!! 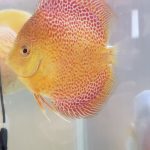 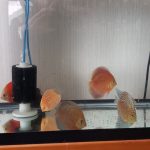 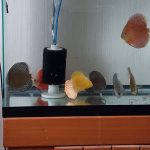 +2
Neil W., East Meadow, NY (Verified Customer) January 23, 2021
Rated 5 out of 5
Hi Michael, so far they are fine. They are grouping together and not moving around or eating yet. I would assume this is normal behavior. They are all...More

Hi Michael, so far they are fine. They are grouping together and not moving around or eating yet. I would assume this is normal behavior. They are all beautiful and healthy looking. The golden lollipop doesn't have any red on the fins or the eyes. Will that change as they grow? Thanks so much! Neil W.