When fish food decomposes or when fish excrete waste, nitrogen compounds are released into your tank’s water. The compounds are broken down into other compounds by bacteria. The final product, NO3, is either absorbed by plants or removed through gravel siphoning. This process is called nitrification.

A new tank will not have any nitrifying bacteria present (unless gravel or filters from a previously established tank are used). You can use a biological filter to bring in nitrifying bacteria. Once a few fish are added to the tank, the nitrogen  begins. Ammonia and ammonium start building up and can rise to a toxic level. Nitrosomonas bacteria from the filter begin to grow. These bacteria break down the ammonia into nitrite (NO2), which is less toxic. Nitrobacters also develop from the filter, and they break down the nitrites (NO2) into the less toxic nitrate (NO3). Nitrates are absorbed by plants or algae or are removed by a water change. This process is diagrammed below. 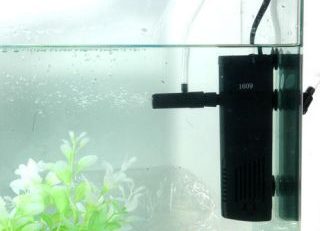 When you start your discus aquarium, you can consider several different types of filters. You may even choose to... read more 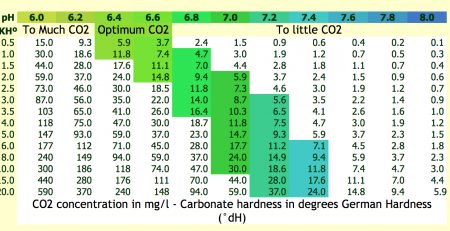 CO2 in a Discus Aquarium

O2 is the scientific formula for carbon dioxide and occurs due to a reaction between the elements carbon (C)... read more 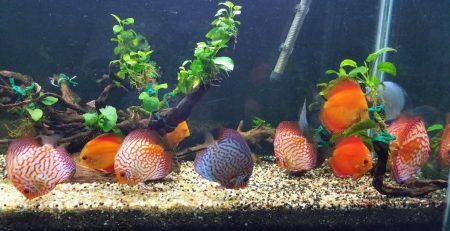 Nitrification in the Discus Aquarium

The primary purpose of aquarium filtration is to keep the aquarium water clean and free of harmful waste products.... read more 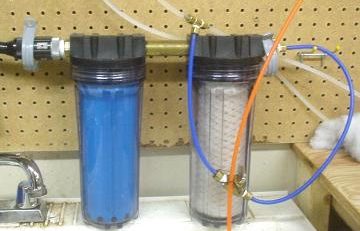 I use a continuous drip system to perform water changes on my growout tanks.  It's a very cheap &... read more 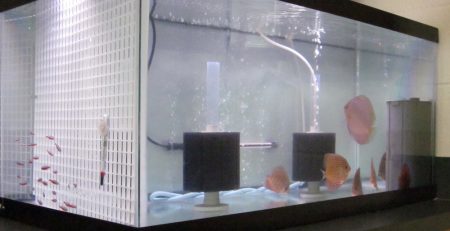 Everything you Ever Wanted to Know about Filters, but were never Told, By Jim E. Quarles

Before we get into the different kinds of filters we should clearly understand the purpose of any filtering system.... read more 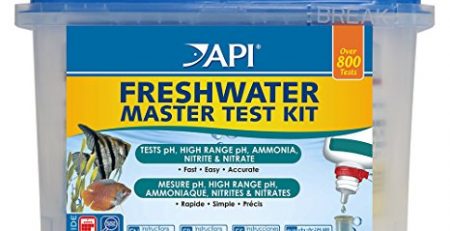 Before placing your discus order from us, it's important to make sure your aquarium is cycled. Use a high... read more 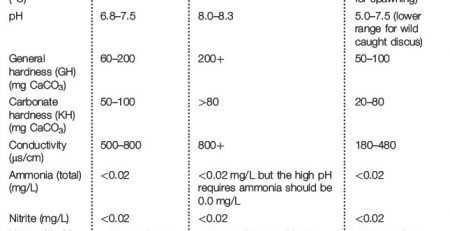 Water Parameters for a Discus Aquarium

f you do a Google search for Discus water parameters you will see a lot of conflicting information. Many... read more 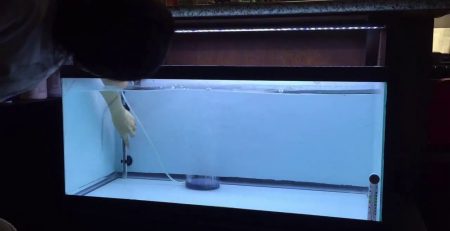 The Importance of the Quarantine Process for Discus

Discus fish care should be taken seriously. For this reason therefore, there are different scenarios that will require a... read more 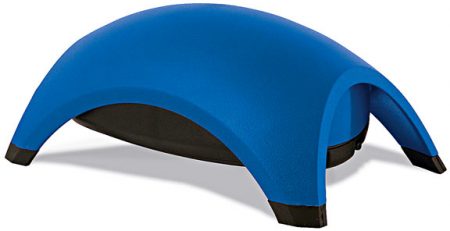 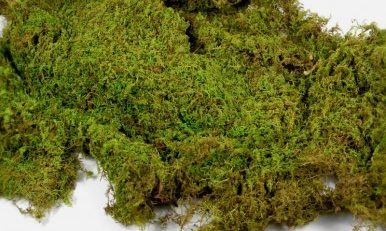 WHAT DOES THE GENERAL HARDNESS MEASURE? The General Hardness (GH) of your water measures the amount of calcium and magnesium... read more