pearls7_discus2019-02-01T16:45:45-05:00
History & Science 0 Comments
Freshwater stingrays originated from the Amazon River system just like most of the other aquarium fish. Even though they are considered to be a docile species, they are known to be the cause of injuries to people more than any other animal in the system.
Appearance
Their appearance is essentially flat and their eyes appear to be on top of their bodies with their mouths as well as their gill slits being on their sides but on the lower side. Compared to their disc shape of the body, their tails are way longer. They use saw-like spine(s) for self-defense as they are tipped with barbs that can easily tear into flesh when withdrawn.
Freshwater stingrays are also know to be colorful as they have different spots of different sizes and colors such as gray, brown or black.
Fish size
Freshwater stingrays can grow to maturity and have a disc width of roughly 18 inches. The tails on the other hand can be up to 1 foot long and 1 inch wide. Given these measurements, freshwater stingrays are not as large as such and therefore would not need a very big fish tank.
Feeding habits
Freshwater stingrays are omnivores in nature. They feed on crustaceans as well as other invertebrates in their natural habitat. They occasionally eat small fish. In an aquarium, they can feed on shrimp, earthworms, smelt and the like.
Reproduction
Freshwater stingrays like some of the other fish reproduce through internal fertilization. This happens after a male makes the female pregnant by use of a modified pelvic fin as he bites the female’s back. The unborn freshwater stingrays are ovoviviparous in nature, meaning they are nourished by egg yolk inside the mother’s body. After a gestation period of three months, the female produces eggs that hatch internally before birth. The developing embryos receive additional nutrition from a milky, rich substance produced in the mother’s uterus. About one litter of two to six pups is produced yearly. When it is born, a ray’s disc is about 3 inches wide.
Freshwater stingrays are known to live for a period of between five and ten years when they are taken good care of.
Points to Consider Before Purchasing Freshwater Stingrays
The following are some factors to consider before buying your first freshwater stingray. Getting to know these things before you purchase the freshwater stingray will icrease your chances of achieving success.
I) Medical Precautions
Stingrays are venomous animals. While no freshwater species are known to have caused human fatalities, we know very little about the nature of the toxins they produce, and individual sensitivities may be a concern. You should therefore speak with your doctor and arrange for medical care in the event of an emergency before purchasing a stingray.
II) Selecting a freshwater stingray to buy
The small stingrays that appear in the pet trade are not adults but rather are babies of a variety of large species. Adults of several trade species approach 3 feet in diameter.
III) Furnishing the Aquarium
Freshwater stingray skin is easily damaged by ornaments that are safe for other fishes; they do best in a sparsely-furnished aquarium. Even small specimens will quickly uproot plants and dislodge filter tubes, aerators and heaters.
Use smooth stones as a substrate. Typical aquarium gravel is too rough and may cause skin lesions. Substrates designed for marine aquariums raise the pH to dangerously high levels and sand, while acceptable, poses water quality problems (please write in for further details).
Stingrays usually land on aquarium heaters, but seem not to respond to the high temperatures generated. Therefore you should shield the heaters with OVC sheath or heavy rocks. 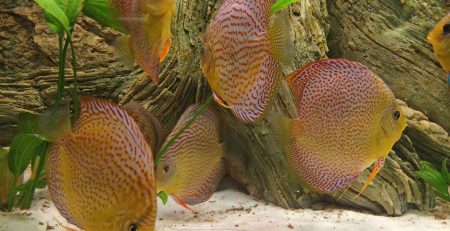 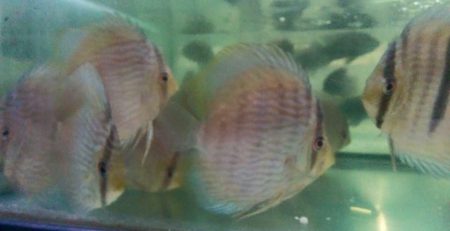 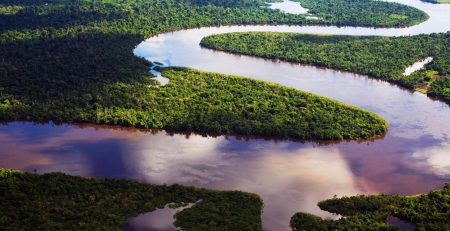 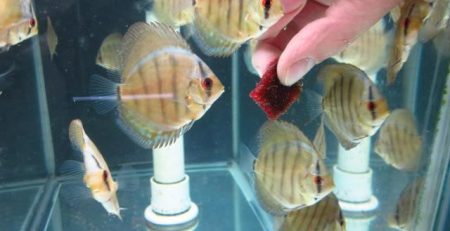 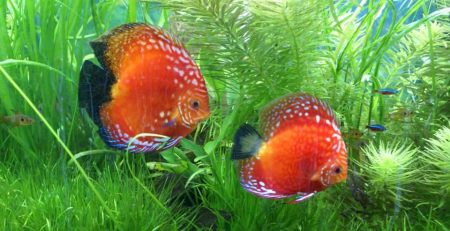 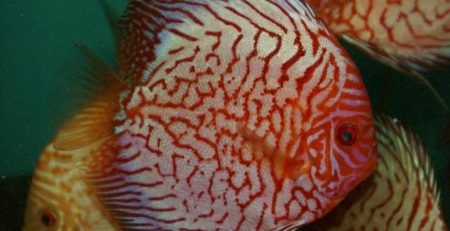 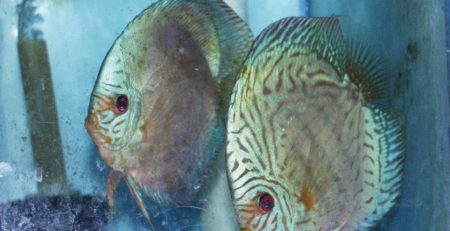 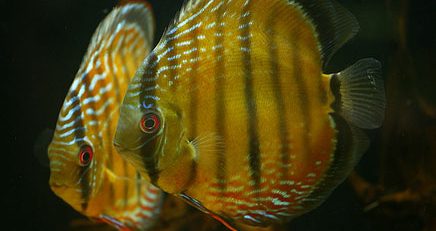 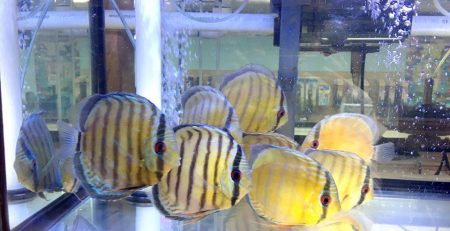 Introduction Discus fish are found in Southeast Asia and South America around the Amazon. Discus can’t survive in most of... read more 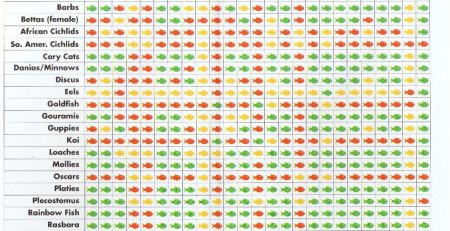