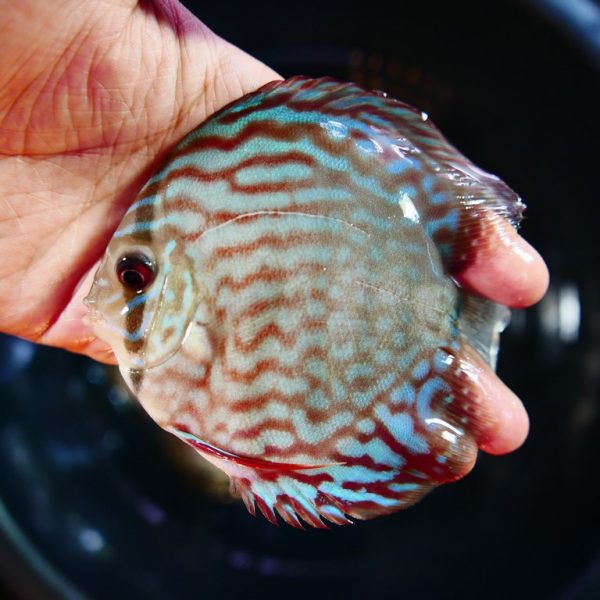 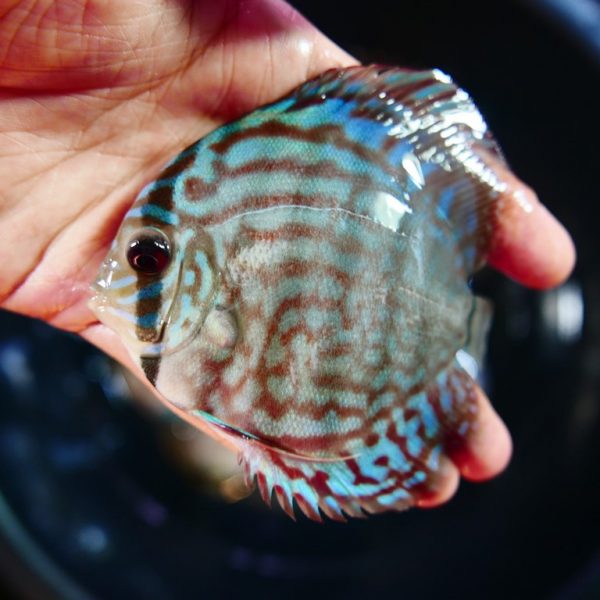 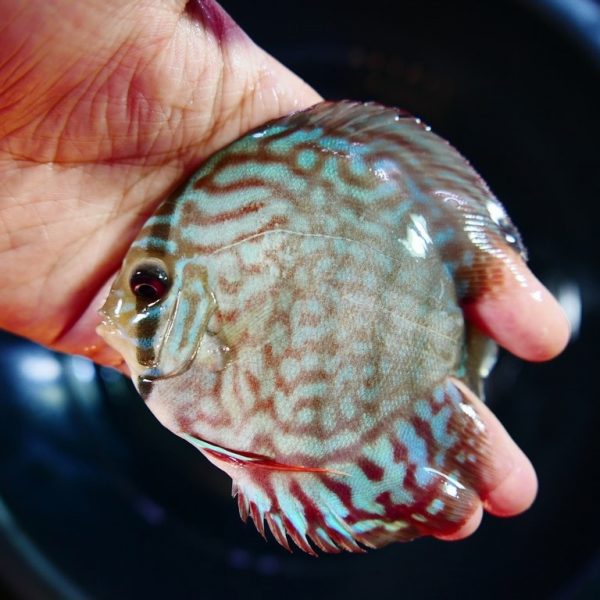 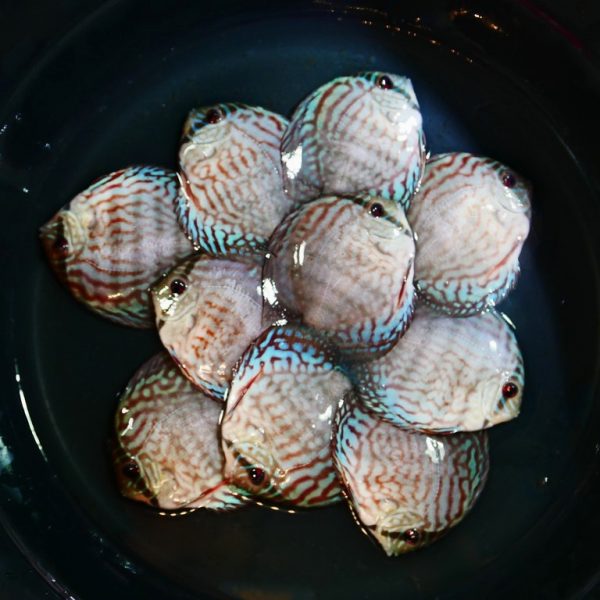 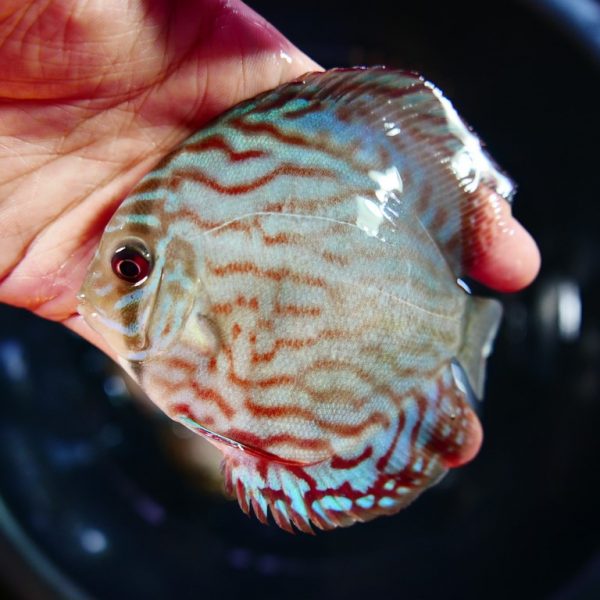 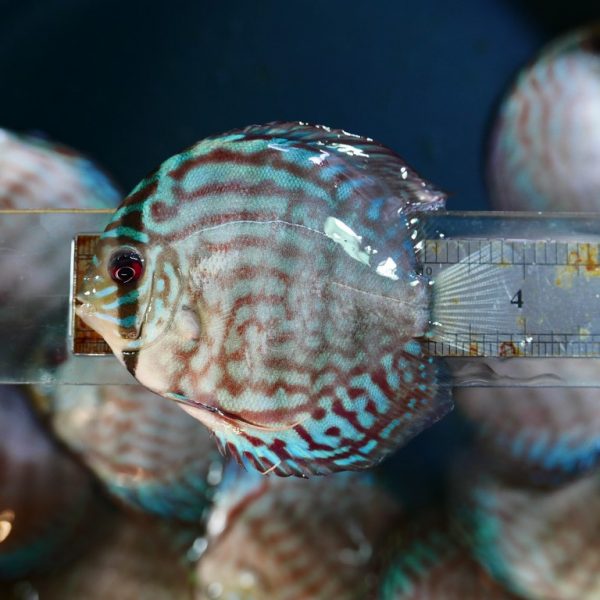 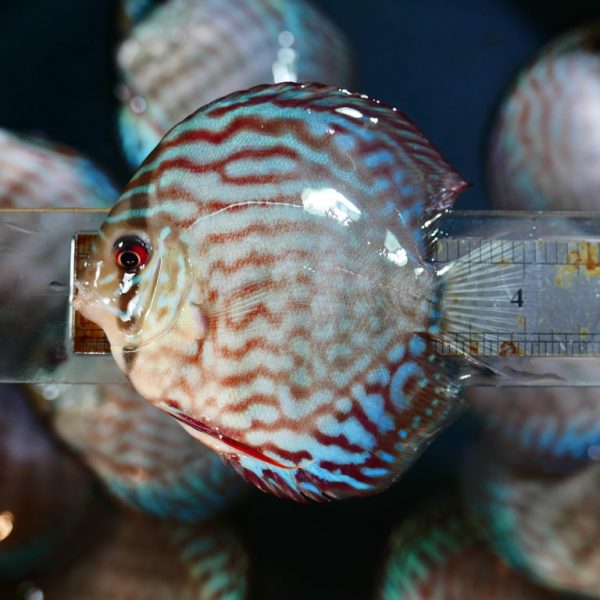 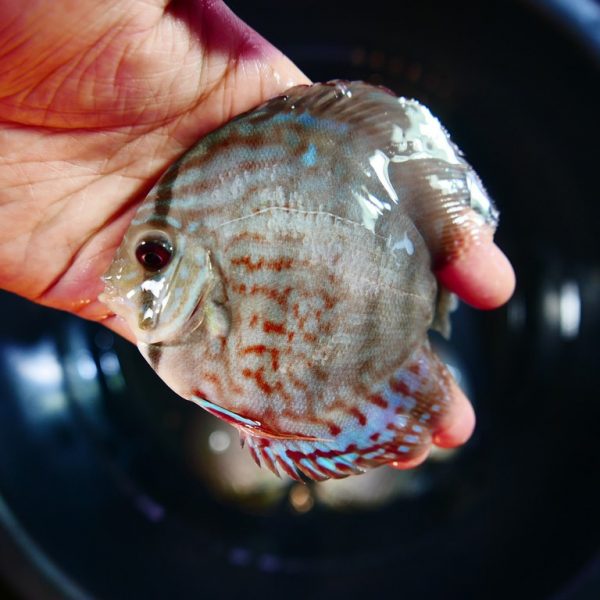 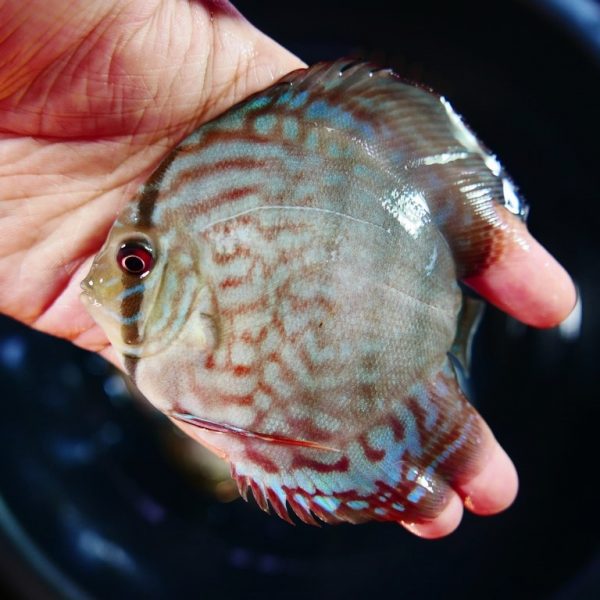 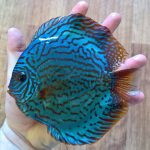 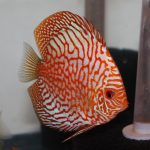 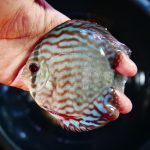 The Royal Blue Altum Flora Cross Discus will be a source of pride for collectors who have even the most varied aquariums. Deep rust red horizontal striations provide a striking contrast to the fish’s royal blue base color. You’ll marvel at how these patterns emerge and change as the fish matures. Note the single, almost shadowy, vertical stripe that crosses the fish’s eye—an unusual detail that adds visual interest not seen in most other discus. This is truly a stunning specimen that will be admired and enjoyed by all.

The Royal Blue Altum Flora Cross Discus features a striking blue color that immediately catches the eye. The color possess hues of electric, and neon blues that seem to glow in the dark. It is quite a rarity to find scales that appear to pop at out you, while also give a seemingly transparent color at the same time. To tie the majesty of colors together, the Altum Flora discus also sports a stimulating red linear pattern on the body, and fins, making the fish anything but inconspicuous. The rich red lines follow the shape of the discus’s body in a jagged, uneven pattern, letting the lines show their uniqueness and asymmetry. Each fish is cohesive to others of its kind, but none will truly be identical.

The fins on the Royal Blue Altum Flora Cross Discus present soft, round curves along the edges of each top and bottom fin. Marvelous serrated edges introduce the front of the fins with even, delicate simplicity. The transparency and clearness of the tail add a touch whimsical grace to this otherwise distinct, staggering fish. The pancake shaped discus enchants the viewer with its fierce pattern, giving the fish an untamed and wild look. This beauty wants to stand out for all to see.